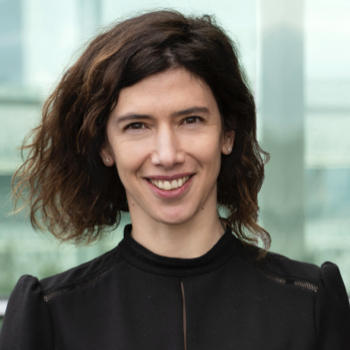 Leo Pieczanski joined BBC Studios in September 2013 and currently serves as EVP, Business Operations across Global Markets (Western Europe, CEMA and AsiaPac), managing Business and Legal Affairs with teams of lawyers in Beijing, London, Mumbai, Paris, Singapore and Sydney. Her responsibilities include leading on major commercial deal delivery and all M&A activity; advising the Senior Management team on all legal and commercial matters including litigation. She also sits on the board of Sony BBC Earth, a joint venture channel between BBC Studios and Sony Pictures Networks in India.

Before joining BBC Studios, Leo was the UK’s Head of Legal at Nickelodeon and Comedy Central, and prior to that held senior positions at Turner Broadcasting and Vivendi.

She has also worked in Silicon Valley at the law firm of Weil, Gotshal and Manges and is a US, UK and French qualified lawyer. She is married with two children and a dog named Pepper.