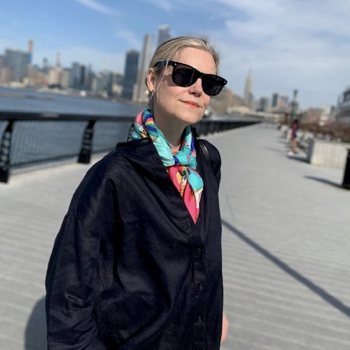 Claire Atkinson covers the evolution of the streaming video business and the regulatory framework that governs the media industry. She also writes about the corporate media business with a focus on breaking news. Atkinson is an expert on entertainment related topics including: cable TV news, publishing, advertising, marketing, sports business and the Hollywood talent agencies.

She was a senior media reporter at the New York Post where she covered media industry mergers and acquisitions and was on staff at Advertising Age, Variety, Hollywood Reporter, Broadcasting & Cable. Atkinson has also freelanced for The Independent, The Observer, and the New York Times business section on media and business travel. She has appeared on camera for: Today; Nightly News and MSNBC. Previous to NBC News, she has appeared on CNBC’s “Fast Money,” BBC World, Euronews, Fox Business News and BBC Radio Merseyside. In the UK she wrote for The European, The Scotsman and Sunday Business and was an English teacher at Fiat in Turin, Italy.