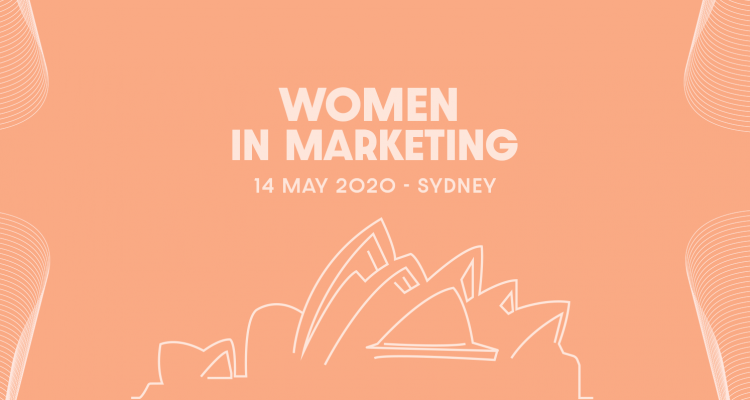 The business world is no longer just a man’s world. According to 2017 data from the National Association of Women Business Owners (NAWBO), over 11 million U.S. firms are currently owned and operated by women, contributing over 1.7 trillion dollars to the U.S. economy.

Though these numbers speak volumes to the power and determination of the female spirit, they do not tell the whole story. Women-owned firms are still the minority, and women continue to face unequal pay, sexism, and gender barriers in the workplace. From finding professional mentors to achieving work/life balance, overcoming these obstacles can seem daunting — especially in technical and chief executive roles where the representation of women is far lower than men.

As a woman entrepreneur, business leader, and the CEO and founder of the travel company Acanela Expeditions, I am incredibly passionate about female empowerment in the business arena. Throughout my journey, I have faced several roadblocks throughout my career and have worked hard to develop successful strategies to transform these hurdles into opportunities.

Below, I want to share six common challenges women business leaders face. Hopefully, you will find these tips useful for overcoming each, and feel more empowered to take charge of and thrive in your career.

1.
CHALLENGE: MOST OF THE PEOPLE IN THE ROOM ARE MEN.
OPPORTUNITY: AS A WOMAN, I STAND OUT BUT I’M ALSO MORE LIKELY TO BE REMEMBERED.

One of the uncomfortable realities of being a women entrepreneur is walking into a business meeting and realizing that you’re one of the few women (if not the only woman) in the room. The pressure of being the only one can be overwhelming. In fact, studies show that individuals who are “onlies” (e.g. the only woman, the only LGBTQ person, the only person of color, etc.) are subject to a higher percentage of bias and discrimination from members of the majority group, whether intentional or not. No wonder it’s so tempting for us to step back and try to blend in with the crowd!

While the temptation to stick out less is strong, most successful female leaders agree that staying true to yourself and playing to your strengths are key to rising above preconceived notions of how women should appear and act at work.

Instead of conforming to the widely held belief of what a leader looks like or should be, I have discovered that it is important to have confidence in myself and the skill sets that brought me to where I am today. “Sticking out” can actually be a positive attribute, giving you the chance to spotlight the unique skills and outlook you bring to the table. So instead of shrinking back, step forward and make a lasting impression by being both seen and heard.

2.
CHALLENGE: IT’S HARD TO BUILD A SUPPORT NETWORK IN A “BOYS CLUB” WORLD.
OPPORTUNITY: SEEK BOTH MEN AND WOMEN AS CONNECTIONS AND MENTORS WHO WILL HELP YOU ALONG YOUR CAREER JOURNEY.

It’s no secret that a lack of mentors and advisors can stunt one’s professional growth. After all, in the business world, it’s not always what you know, but who you know.

Yet, a 2017 study by the NAWBO states that over 48% of women in business report finding it difficult to build a healthy support network in male-dominated fields. Despite this challenge, women have an amazing opportunity to collaborate and build strong support networks.

For example, women-oriented networking groups and events, such as the American Express OPEN CEO Bootcamp and the International Association of Women, are indicative of a growing number of networks and professional spaces that focus on supporting and elevating women professionals. Consider becoming involved with networking groups, professional associations, and other organizations that feature and promote successful women leaders. This gives you the opportunity to not only learn from the experiences of seasoned professionals, but also enables you to make and build connections with potential mentors who can offer support and advice later in your career.

It’s important to note that professional support and mentorship for women does not have to come exclusively from women. On the contrary, I have found incredible value in seeking counsel from men who have shared their connections, advice, expertise, and support — all of which helped catapult me into my current role as CEO.

As a female business executive, I have been asked the question time and time again, “Can women really have it all?” There are several flaws inherent to this question (not least of which is the fact that my husband and male coworkers never get asked this).

The truth is that both men and women business leaders are challenged with balancing their career and personal life. However, I’ve found that changing the terminology from “work-life balance” to “work-life blend” helped me ease the juggling act of work and family time. Running your own business takes significant time and effort. However, it can also allow more flexibility and control over your schedule.

As the head of Acanela Expeditions, my work bleeds into my personal life and vice versa. Rather than being a separate part of my life, work is a genuine and integral part of it. This doesn’t mean that I’m simply “on” and working all the time. Instead, I’ve intentionally set strategic, as well as realistic career and personal goals that work together to create a healthy lifestyle for me and my family.

According to a Forbes article published in December 2017, female entrepreneurs receive less than 3% of venture capital funds. Though that number is skewed due to the lack of women in business and corporate leadership positions, studies consistently show women founders as less likely to win adequate funding.

As an entrepreneur, this challenge creates an opportunity for you to engage in education and support networks dedicated to helping women-led businesses. Organizations like the Female Founders Alliance, Astia, and Golden Seeds offer coaching workshops to guide early-stage entrepreneurs through the fundraising process and help connect them to potential donors.

5.
CHALLENGE: I CONSTANTLY ENCOUNTER THE STEREOTYPE THAT “WOMEN ARE MORE EMOTIONAL AND LESS DECISIVE THAN MEN.”
OPPORTUNITY: WOMEN BRING DIVERSE PHYSICAL, MENTAL, AND EMOTIONAL EXPERIENCES TO THE CONVERSATION.

You’ve probably heard the common stereotype that women are “emotional thinkers” and, therefore, less competent business leaders than men. While some women may think differently than men as a result of their personal and professional experiences, I haven’t found it to be a flaw in business. If anything, it’s an advantage.

In today’s hypercompetitive marketplace, gender diversity is good business. Women bring unique perspectives, ideas, and experiences to the table that enrich conversations and lead to better company decisions. It often takes great boldness to make our voices heard, but it is essential, for we have a lot of important opinions and ideas to share with the world.

Harmful stereotypes argue that women are less decisive than men and thus have a difficult time making tough business decisions. However, while I tend to be a more relationally-oriented decision maker, I’ve discovered this characteristic to be helpful in advancing my company. I’d also argue that my relationships with colleagues have enhanced not just my leadership abilities, but also the overall health of my company.

Listening to and involving team members in important conversations has enabled me to make more logical, reasonable, and healthier decisions that steer the company forward. Ultimately, respecting my employees and their opinions has helped me become a more well-rounded and successful business leader.

6.
CHALLENGE: EXPECTATIONS ARE OFTEN SET LOWER FOR WOMEN.
OPPORTUNITY: THEN SHOULDN’T IT BE EASIER TO EXCEED THEM?

Earning the same level of respect and recognition as male colleagues can be a difficult and frustrating experience for women. Senior-level roles in businesses remain dominated by men, and internal biases are alive and well in the workplace.

While this reality has frustrated me greatly, I’ve realized that it has also given me the motivation to not only reach those expectations, but to also surpass them. Don’t be discouraged by low opinions and stereotypes. As we continue to surprise and exceed expectations, we break through one glass ceiling at a time.

Overall, the truth is: Yes, women continue to face unfair gender biases in the workplace. However, when viewed from an empowered perspective, these obstacles can serve to strengthen and elevate women leaders in diverse spaces. Meeting these challenges head on presents an incredible opportunity to make a positive impact on your situation and those of future generations. We live in a unique time in history, one in which we have the power and opportunity to band together to break down longstanding barriers, and realize our biggest dreams and career aspirations.