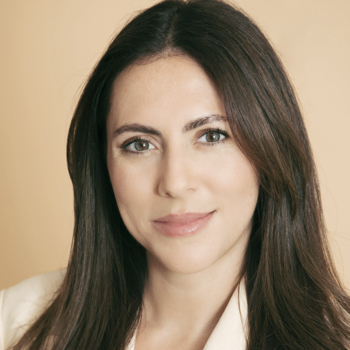 Kyra’s knowledge of the art and advertising industry runs the gamut from broadcast campaign advertising to video installation artwork with experience in nearly every component of the creative production process.

She began her career in NYC with the photographer and filmmaker Bruce Weber. In 2010, Kyra picked up and moved to LA with The Mill, and, progressed into traditional physical production with Ridley Scott & Associates. She later joined the production team of renowned artist, Doug Aitken, for various projects including ‘Song 1,’ which, was the first-ever work of 360—degree convex-screen cinema.

After she helped establish the LA office for European production company, Iconoclast, Kyra joined Media Arts Lab on their 30-year anniversary of Mac production. Following her stint at MAL, she contributed to the launch of the internal studio at 72andSunny and was leading global brand
campaigns for Samsung at R/GA.

Currently, she is the Director of Content Production, Marketing and Creative Operations at LVMH brand Sephora.

Through her various professional highlights, she has focused on facilitating collaboration across transmedia platforms. Through the fusion of art and commerce, Kyra revels in appreciating, challenging and reimagining communication.