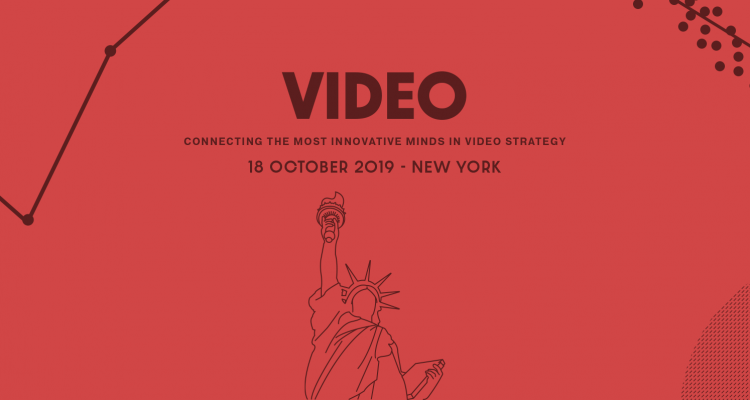 In this three-part blog series, we explore how many top women’s top lingerie brands are gaining competitive advantages by finding innovative ways to reach audiences. We cover:

Check out part one of this series here, and part two here.

The third and final part is below!

What does it mean to bring on your A, B, C, or even DD game in the online lingerie-video space? Answer: It’s all in the collaborations with creators.

Women spend considerable money on bras that sit in their drawers because they simply aren’t comfortable. So when making a bra decision, recommendations from other women are what resonate most and may ultimately translate into actual sales.

In part two of this series, we looked at a chart comparing the top views amongst all content from select top lingerie brands. Victoria’s Secret was clearly dominating.

However, when we chart instead for sponsored content by views (first image) and engagements (second image), we see a very different picture.

ThirdLove (pictured in green) is dominating by views and engagements, followed by Savage X Fenty (pictured in brown), which made a splash in the past few months thanks to its targeted sponsorship of creator try-on haul videos.

Victoria’s Secret (pictured in orange), on the other hand, barely makes a dent. The brand only had two sponsored campaigns, which saw a relatively low number compared to its usual high video performance.

In the case of emerging intimate apparel brands that are working to create more inclusive products, video becomes the testing platform for real women to try their wears on and take a spin. Amongst these brands, seven out of their top 10 sponsored videos by views were try-on lingerie haul videos.

In the past six months, Rihanna’s Savage X Fenty has harnessed the try-on haul video format to build buzz about its plus size intimate apparel. The company sponsored six Savage X Fenty try-on hauls which garnered sky-high engagements (ranging from a 3-4x ER7 on YouTube).

High engagements are more likely to translate into sales as the creators usually provide a discount code to their loyal audiences. One of the brand’s highest-engaged sponsored videos came from creator Sarah Rae Vargas who modeled the plus-sized offerings (4.4X ER7 on YouTube).

Savage X Fenty also paired with media publisher Buzzfeed to feature women trying on Rihanna’s new lingerie line. This video is #8 of the most-viewed lingerie sponsored videos ever with 750K views and 7,152 engagements.

In addition to hauls, simple montages of products perform well. ThirdLove collaborated with creator Nita Mann, who modeled one of the brand’s lacy bra designs to her Facebook followers. The video is a short montage of Nita putting a shirt on over her new bra and doing her makeup.

It scored 4.6M views on Facebook and ranks as the top-viewed sponsored lingerie video ever (#1). The clip is proof that sometimes it’s best to keep it simple (show the bra, show everyday life, rinse, repeat).

Another format that performs well in generating fashion sales are Facebook live exchanges. In the case of bras, influencers give straight-talk to other women in real time about their sizing woes related to intimate apparel.

ThirdLove partnered with Ashley Gardner, a well-known mother of quadruplets, who did a live feed on why she converted from Victoria’s Secret to ThirdLove. Amongst its 506K viewers, many added real-time comments like “I have been wanting to try these and now I’m going to.”

Q: So which platform is resonating most for lingerie companies?

When assessing in-house lingerie companies’ videos, Instagram appears to be the most-used option for brands looking to garner high views and engagements.

Intimate apparel brands regularly turn to Instagram to publish short videos that serve as topic teasers. They then invite followers to continue the conversation on YouTube or Facebook, where a longer version of the video lives.

However, when it comes to sponsored content most of the views appear to be on YouTube and Facebook (where the creators the partner with have an established following).

What Women Want: Using Data to Uncover the Next Big Lingerie Trends

Ethics Matter to Millennials: Take Them Behind the Scenes

Millennial consumers are increasingly concerned about a company’s ethics and the environment.

Bigger companies are less transparent about their business practices. Smaller digitally-native brands can differentiate themselves by using video to shed light on their supply chains or provide examples of how they are operating ethically.

Consider niche lingerie brand What Katie Did. Launched in 1999, the retro-style company prizes transparency with its video audiences, often taking the video to address consumer questions.

In response to a question about the company’s supply chain, Katie, the company’s owner, shot a video from a factory in India where her brand sources its products. In the video, she discusses her vigilant effort to provide fair treatment to her employees worldwide.

Bra consumers want to feel comfortable but, in the age of DIY, they also want an opportunity to exercise their creativity.

The highest-viewed bra-themed videos across platforms encourage viewers to add some pizzazz to their bras. The videos are generally craft-themed and demonstrate easy ways for audiences to liven up their lingerie drawer. (Turns out dollar-store necklaces and dental floss go a long way.)

Media creator Beauty Studio got 15M views for its recent video on bra hacks and as a genre, bra hack videos have gotten 271M views on Facebook and 124M views on YouTube.

How can companies harness this interest on their own video feeds? These bra hacks solve common problems and help audiences create standout stuff.

Brands would benefit from custom-designing their own hacks to better serve their consumers’ diverse body sizes and styles.

That’s where video comes in.

Social video feeds are the vehicle through which lingerie brands can motivate audiences to connect their bra brands to more cultural issues that impact women most like the gender pay gap, sexual harassment, and work-life balance.

Over the last 90 days, ThirdLove has taken these initial steps to elevate its video offerings. The intimate apparel brand’s video feed has featured panels that deep-dive into the gender pay gap (referenced in part one) as well as short videos that celebrate female role models.

Amongst the intimate apparel brand’s top 10 performing videos is an interview with Dr. Katie Bouman whose work made it possible to shoot the first black hole photo (#2, #9) and a viral clip of a four-year-old girl who proclaimed “a princess doesn’t need a prince to rescue her” (#6).

These videos performed strongly and embodied the brand’s ideology. Mosfit were sourced from user-generated content online and attributed accordingly. It’s an ideal option for lean startups moving forward as they don’t require major resources to produce.

ThirdLove’s recent success in this vein supports a simple truth: for brands to evolve and stay commercially relevant, it’s essential that they operate like media companies.