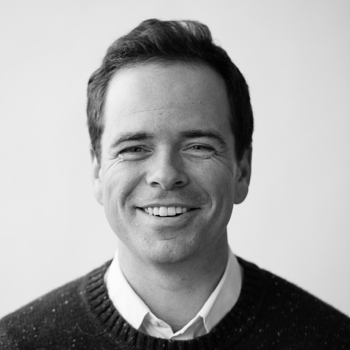 As Head of Brand Innovation and Collaboration at PayPal, Patrick drives brand strategy, articulation, and execution across PayPal and its global house of brands.

An outspoken champion of cross-cultural understanding, social entrepreneurship, and diverse creative pursuits, Dowd has been a featured speaker at the White House, US Department of State, the US Mission to the United Nations, and many local community organizations across America. His work has been profiled in the New York Times, the Washington Post, Forbes, Mashable, and Fast Company.

Previously, Dowd worked as a freelance creative strategist and producer helping a wide range of leading brands, institutions, and startups bring new ideas, products, and services to market. In addition to having served as the youngest-ever Editor-at-Large for National Geographic Traveler, Dowd has been recognized by GOOD Magazine as one of the world’s top 100 individuals at the cutting-edge of creative impact for his work founding and leading the Millennial Trains Project, an award-winning model for trans-regional leadership development that advanced socially-impactful ventures across America and helped organizations such as NBCUniversal, The Rockefeller Foundation, IDEO, and the US Department of State to forge authentic connections with next-generation innovators. As a Fulbright scholar in India, he produced a documentary on the environmental consequences of electronic waste recycling.

Dowd is a graduate of the University of Oxford, where he earned an MBA with a focus on strategy and innovation, and Georgetown University’s School of Foreign Service, where he served as Student Body President and honed his proficiency in French and Hindi.

He lives in Pacifica, CA where he likes to surf at high tide and hike in the headlands.