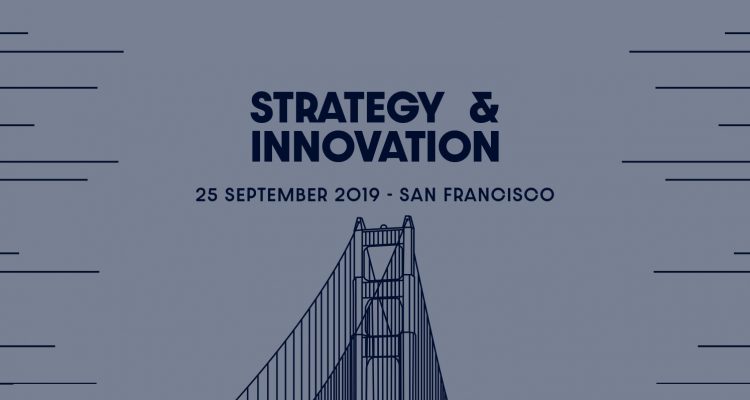 How to Navigate the Politics of an Innovation Project

A middle manager at a global technology organization — let’s call her “Denise” — had a problem.

She’d come up with the idea of revamping the company’s inventory management approach by networking together “sleeping” resources. Specifically, she proposed a system that tracked the real-time inventory needs and usage of business units worldwide, located unused inventory in each unit, and arranged delivery of that inventory to where it was needed. The innovation would boost efficiency by taking the excess inventory of one business unit and shipping it to units that had deficits, thereby reducing inventory-carrying costs companywide.

But when Denise approached the business unit executives with this idea, not a single one showed interest.

Luckily, Denise, who was an executive MBA student of mine, took the time to understand the politics of innovation at play, and followed a series of steps to harness these dynamics to her benefit.

The Politics of Innovation

Everyone wants innovation in their organization; it drives growth and revenues, promotes cultural change, and moves society forward.

We often forget, however, that meaningful innovation efforts can have a disruptive side. Namely, some people’s ideas will win, and those of others will lose. That’s because innovation requires allocation and deployment of organizational resources, often significant amounts, without definitive proof of future returns. This ambiguity allows politics to enter into the choice process, as people attempt to influence decision-makers toward favoring innovations that advance their individual interests.

Thus, when early-stage innovations or those that need to be implemented to collect performance data lack hard performance evidence, politics tend to preserve the current state of power and control over physical and social resources. For example, interviews with managers of established technology hardware firms showed that their resource-allocation processes favored sustaining innovations (those that had high margins and targeted large, well-known markets and customers) over disruptive innovations (those that had yet to generate hard evidence on their benefits).4

The good news is that those interested in promoting innovation can use these politics to work for them, as Denise did in four steps.

Part of the motivation for innovation is the constant clamor within organizations — especially from leadership — for original, creative ideas. “Think outside the box” has become a ubiquitous directive, aimed at spurring off-the-beaten-path strategies, tactics, and viewpoints, whether related to products, operations, or marketing.

But in most cases, the resources needed to back innovation have already been deployed or earmarked for existing agenda items. Diverting any significant portion of those already-dedicated resources to your new idea might jeopardize existing initiatives’ chances for success. This dilemma can result in resistance or apathy for your idea — even among those who really like it — because people can’t afford to prematurely pull the plug on an initiative they already have a stake in.

That’s exactly what happened to Denise when she first proposed her efficiency idea to the firm’s business unit heads. They were immediately dismissive, citing the high transaction costs of processes like coordinating the different part numbers used across different units. The idea appeared dead on arrival. After all, even the most promising innovations are unlikely to be adopted if they threaten the success of current initiatives and investments that leaders must show returns on. But Denise’s innovation gained new life later when she tied the idea more clearly to an existing corporate agenda at the firm.

If you know what people might object to then you can position your innovation strategically: as something new and creative, but not as a resource-depleting departure from the organization’s existing agenda. That is, you can make the idea “just fresh enough.” This approach provides supporters with a direct benefit of adopting your new idea.

The second step is to reconcile publicly stated resistance to your idea with its true, hidden motivation.

When politics are part of the decision process, colleagues may not present all the realreasons they oppose your innovation. Instead they’ll offer publicly acceptable reasons — a presentable “mask” that often has to do with practical considerations such as costs, time, or complexity, but not reasons that reveal clearly their individual interests.

In our example, the public reason the business unit executives gave for opposing Denise’s innovation was the potentially high transaction costs it would entail. That sounds reasonable enough, and it was a valid problem that had to be solved for her innovation to work. But in addition to the transaction-costs problem, Denise surmised that there was an underlying political motive that also had to be addressed.

First, she knew that her innovative initiative was conceptually solid but lacked hard performance data.  Second, she found out that the unit heads stockpiled their inventory, a costly arrangement for the whole company, to limit their unit’s chance of shortages and delays (incidentally potentially keeping inventory from other units that had run through their own stockpile). Thus, she reasoned that some of the business units would view the indirect benefits of better companywide performance as less valuable to them than preserving their current “me-first” motivations.

Confronting people directly about any hidden motives is unlikely to be effective. Instead, Denise tried to get behind the political mask when company leaders launched a new strategic initiative to improve the firm’s overall return on assets (inventory being one kind of asset). In this shifting context, Denise saw an opportunity to advance her innovation, but she needed to expand her network to do so.

While the new return-on-assets mandate theoretically required business units to work together, there wasn’t yet sufficient motive for most unit executives to adopt Denise’s plan. She lacked sufficient clout.

That changed when Denise found the right champion for her idea.

Specifically, now that Denise recognized the politics of innovation — driven by the winners and losers it created — she had to find a senior executive more likely to come out a winner through implementation. She found that in the firm’s Director of Corporate Logistics and Information Systems, whom I’ll call Pramesh.

Pramesh created a technology patch that made inventory transfers swift and accurate across the diverse inventory-tracking systems used by different business units. This negated the public complaint that Denise’s innovation was too costly. Pramesh also solved the political problem because he was accountable for company-wide performance and therefore seen as motivated to boost corporate-wide profits. The business units valued their individual profits over corporate returns. Denise was able to get Pramesh on board by emphasizing that her initiative benefited corporate-wide profits first and foremost.

Even with this management support, Denise still had one more hurdle to clear before going wide with her idea: providing “social proof” for the innovation’s merit.

Most forms of innovation face a common dilemma: people won’t support an idea without sufficient evidence it works, but securing data-based evidence for an idea’s effectiveness requires launching it in some form.

You can get around this dilemma by providing alternative evidence for the idea’s potential, in the form of social proof. Here the goal is not to collect hard data on projected outcomes, but to create a critical mass of people who believe in the innovation sufficiently to give it a try. Once that critical mass is achieved, more people will be willing to support the idea.

Social proof is the mechanism behind people’s beliefs in everything from the effectiveness of a laundry detergent to the dangers of climate change. Even when facts are readily available — such as the solubility of the detergent in hot water or the rate of the projected rise in global temperature — people use social proof as a framework for what to believe. In many cases, if enough people we trust believe in something, we’re willing to, as well.

The same goes for innovation.

Denise, with Pramesh’s help, recruited a growing number of colleagues to back her efficiency innovation, including those with ties to the unit leaders. This social proof, even in the absence of hard data, helped sway the unit executives, and the firm implemented the idea, driving significant cost-savings from the start.

Solving the politics of innovation can often be as — or more — challenging than formulating the innovation itself. But taking a strategic, step-by-step approach to these dynamics can effectively bridge the often-wide gap between idea and implementation.