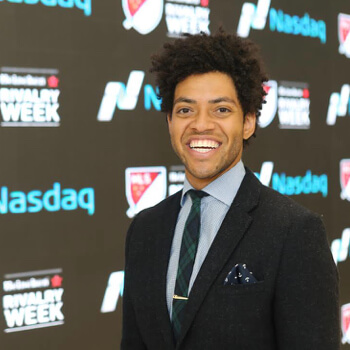 Bjorn Trowery is director of communications for Heineken USA, heading a wide range of integrated communications for the Dutch brewing company. He has led scores of PR campaigns, guided crisis response teams, shaped merger and acquisitions messaging, and proudly leads a team of storytellers for some of the world’s most iconic beers. Trowery’s career highlights include leading Heineken’s communications efforts on-site in Rio de Janeiro at the 2016 Olympic Games, as well as partnering with his marketing colleagues to make a difference via the “Cities Project by Heineken,” which financially supports exciting cultural projects throughout the U.S.

Trowery was previously a spokesperson for popular children’s shop, Toys “R” Us. He began his career at Edelman, where he drove consumer comms and strategies for Trojan Sexual Health, Starbucks and Warner Bros. Entertainment. He currently resides in Brooklyn, and holds a degree in Public Relations from the Pennsylvania State University.