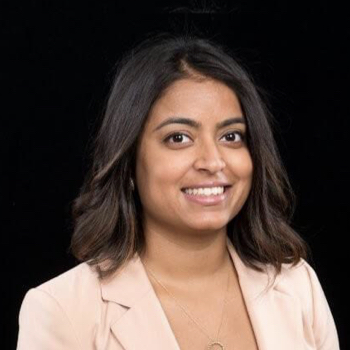 Kim Patel is a New York City based media executive, startup advisor and community advocate, who recently served as Director, Global Corporate Strategy for VICE Media. She led company-wide initiatives across VICE’s digital, cable, production, and global agency businesses, and is a strategic partner to the executive team.

Prior to joining VICE, Kim was a Deputy Chief of Staff with AOL, focusing on strategy and operations for the global media portfolio and AOL / Yahoo merger. Kim has built a wealth of experience within content and digital media space for some of the largest digital media brands such as Yahoo!, Huffington Post and NBC News brands, starting her career in the industry covering media companies as an investment banker at J.P. Morgan. In addition, she can be found working with early stage founders on product marketing, business development and fundraising strategy. She is also an active mentor and community activist across non-profit and social impact initiatives in NYC. She has received industry recognition for her work including being named to Forbes’ 30 Under 30 list and considered an “Indian-American Trailblazer” for her work within the Asian American community in media.

Kim holds a B.A. from New York University in Economics, History and Politics and an M.B.A. from Harvard Business School.