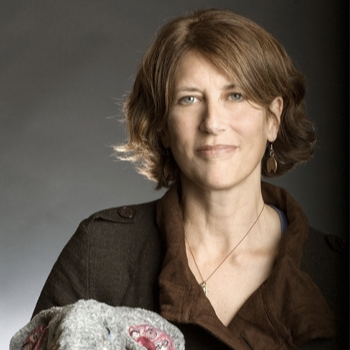 While in college, Georgina majored in Illustration, attracted to the craft and story telling that embodies this practice. Early in her career, Georgina interned in a Puppet making studio. This allowed for designing and fabricating of puppets, story writing, music composing and performing. Essentially, she was apprenticing in all the art forms that would foreshadow a future career.

When an employment opportunity to be a character designer with Hasbro came about, Gina leapt at the chance to secure the position. Her career in the play and entertainment industry became one filled with both the rigor and opportunity to explore her whole creative self. The timing was perfect for her skillset, and she became instrumental in moving the company from a manufacturer of toys, toward the vision of becoming the world class storyteller that it is today. Throughout her career, she was able to not only design in the classic, visual sense … but stepped forward to impact all elements of storytelling. Her voice is even in dozens of toys. Her career has been graced to lead animation, brand reinvention and building.

As VP of Design, she has managed and grown a 700M portfolio, leading cross-functional teams to reignite beloved brands for today’s world. All the while, Georgina’s vision and passion for the future best idea has relentlessly led her to the beginning of the process. Her super powers lie in pioneering and recruiting new diverse, groups around seismic innovation efforts. Strategic visioning, seeing white spaces, brand reinvention has become what Gina is best known for in the play and entertainment industry. This latest chapter in this industry culminated as VP of Innovation for Hasbro, leading global external and internal innovation efforts. This work resulted in an annual incremental revenue averaging over 300M and established new thinking and innovative cultural behaviors throughout the organization.

As a leader, she cultivates a signature, creative leader ship style that, from her tap root, courageously instigates curiosity and play within a culture of joy and respect. In her personal life, Gina is a cancer survivor, which has reinforced her life -purpose of being a constant creative force. Her personal work in this area has also encouraged her to take a sabbatical and travel and work with a microenterprise in Zambia. This innately shy child has more than found her “grown up” voice, and has been speaking to global audiences, not only on the topic of innovation but on cancer survivorship.

Georgina is now entering her Third Act where she is pioneering her newest career as the Chief Creative Force of Studio Big Rock. Georgina is now working with individuals and corporations,
demystifying innovation through design thinking and the making of play.