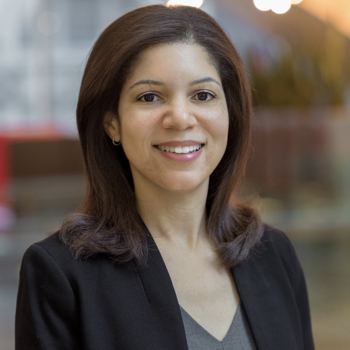 Janelle is passionate about increasing diversity in the media and technology industries. She is a member of Bloomberg Media Group’s Diversity and Inclusion Task Force as well as its “Culture Champions” initiative. For Janelle, mentorship plays a key role in increasing diversity, which is why she has served as mentor both at Bloomberg, and within advertising technology industry group, Beeler.Tech.

Janelle received her Bachelor of Arts from Wellesley College and her Master of Arts from the University of Chicago. She recently graduated from an accelerated MBA alternative program through the Harvard Business School Executive Education’s Program for Leadership Development.

Janelle is a patron of the arts, supporting Alvin Ailey Young Patrons Circle, the Metropolitan Opera Guild, and the Lincoln Center’s Rhythm Club.