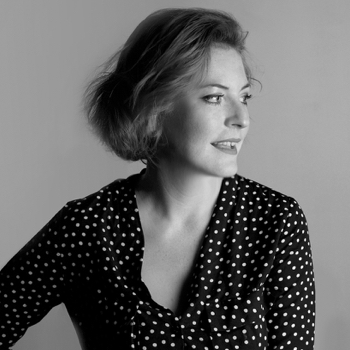 Born in the South of France to British and French-Australian parents, Julia’s work has come to life on screen, on paper and on stage. With a Masters Degree in Design (with honours), Julia’s work has taken her from Paris to Abu Dhabi, Montreal and Sydney. She has collaborated with stage directors, sound, motion and fashion designers, photographers and choreographers. Julia’s keen eye has also been crucial in her role as a judge for the 2017 Webby Awards. She started working the Franco-Canadian creative agency Circo de Bakuza – Paris in 2009, delivering brand design and strategy, packaging, 360 global campaigns, event art direction and advertising. Clients included Carolina Herrera, L’Oreal, Comme des Garcons, Nina Ricci, Prada, Montreal Opera, Bell, UEFA and FIFA. Julia is currently the Creative Director at Canvas Group, Sydney – recognised as one of the most innovative agencies to come out of Australia & New Zealand (Awwwards 2015) and has worked on many branding and digital projects, for iconic brands such as The Australian National Maritime Museum, Concrete Playground, Orange360, as well as many promising tech start-ups.