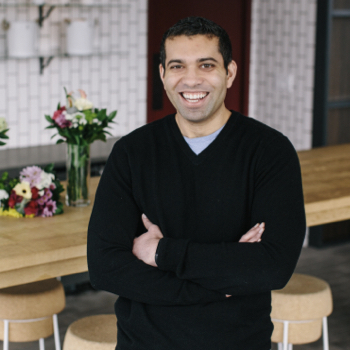 UrbanStems began with a phone call in late 2013. Ajay Kori called his college friend and dorm mate, Jeff Sheely, out of frustration that, once again, an attempt to send flowers to his long-distance girlfriend was met with poor customer service and unreliable delivery, despite a hefty price tag. There had to be a way to revolutionize the flower delivery business and make sending flowers a happy, seamless experience. In time for Valentine’s Day 2014, Jeff and Ajay launched UrbanStems in Washington, DC. Since then, UrbanStems has expanded nationwide.

UrbanStems and its founders have been featured in publications such as Wall Street Journal, Inc.com, Forbes.com, Fortune, Smart CEO, Fast Company, and Time as well as broadcast outlets like CNBC, CNN, and Bloomberg Radio.

Ajay Kori was born in Cleveland and grew up in Durham, North Carolina. An early entrepreneur, he created a content site that sold for over a million dollars while still in high school. Ajay earned his undergraduate degree from Duke University and graduated from Harvard Business School in 2011. While at Harvard, Ajay won the HBS 2010 Business Plan Contest and was featured in a case study before graduating. Before creating UrbanStems, Ajay was at Quidsi (which sold to Amazon for $540 million) and helped launch Amazon’s first pharmacy.