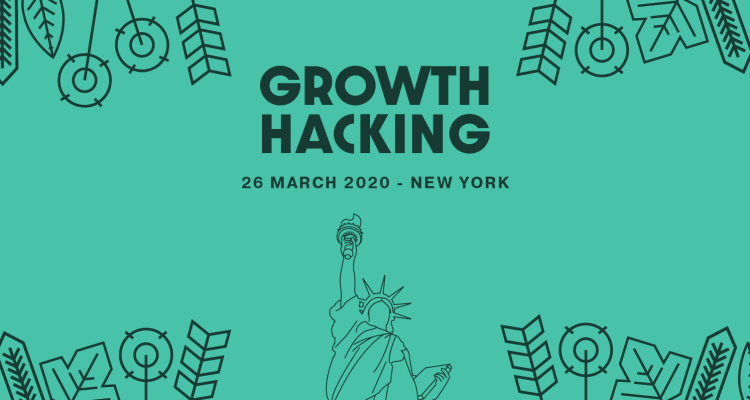 Growth hacking is more than just a buzzy phrase – it’s an essential concept for businesses that want to grow quickly. Many of the biggest companies we interact with on a daily basis achieved their stratospheric success through growth hacking. And every year, new startups take off because they find the right growth hacking tactics to leverage.

The best way to understand growth hacking is to look at companies that have done it successfully. It’s a mindset, not a set of cut-and-dried cheat codes. As these six success stories show, growth hacking can take very different forms from one business to another. But these stories (and the growth hackers behind them) also have a few qualities in common: a creative attitude, a willingness to bend the rules, and an approach of constant experimentation and improvement.

In many ways, Dropbox is the poster company for growth hacking. In fact, Sean Ellis – the entrepreneur who coined the term “growth hacking” and is now CEO of GrowthHackers – was responsible for much of Dropbox’s early success.

The timeline: Dropbox was founded in 2007, and by April of 2009, they had one million registered users. By September of that same year, Dropbox had doubled their user base, and in November 2009, their registered users climbed to three million. In March 2016, the company announced they had a staggering 500 million users worldwide.

How did Dropbox do it? Their promotional strategy was the key. They used a simple but clever referral system that rewarded both parties involved. If a user got a friend to sign up, both the user and the friend would get extra storage space for free. This, combined with the fact that they met a legitimate market need, made Dropbox go viral.

Dropbox built a giant network through their referral program.

Dropbox gave people more storage space if they connected with the company on social media.

Everybody’s heard of Airbnb today. A decade ago, though, the company was a little startup looking for ways to get on more people’s radar. The solution they found was ingenious, but ethically dubious: they exploited Craigslist, which was one of their major rivals at the time.

What happened was that Airbnb found a weakness in Craigslist’s code. This allowed them to cross-post their own listings to Craigslist, which gave them access to Craigslist’s much larger audience. People interested in booking a stay would be directed back to Airbnb’s own site to make the transaction.

Craigslist, of course, wasn’t happy about this. But by the time they fixed the weakness in their code, Airbnb had gained enough recognition to stand on its own. In 2017, the company made $2.6 billion in revenue, and it shows no sign of slowing down.

Are you familiar with the term “inbound marketing”? If so, you have HubSpot to thank. Founded in 2006, HubSpot has since grown to become one of the biggest SaaS providers in the world. How did they hack their way to the top?

HubSpot’s growth strategy is actually fairly simple: they just do what they’re good at. By building a thorough and well-optimized content empire, they’ve turned their site itself into a stellar example of inbound marketing. The HubSpot blog is one of the best places on the internet to learn about marketing and SEO. They also offer useful tools, like their famous website grader, to keep bringing fresh traffic to their site.

The lesson you can learn from HubSpot? Growth hacking isn’t always about doing something tricky or unexpected. Finding your niche and building an outstanding long-term content strategy around it can take your business a long way.

People love to read and write reviews online, but it can be hard to trust reviews that are obviously paid or fake. In 2004, Yelp’s founders came up with a solution: why not build a site where real people can recommend local businesses to each other? They started small, testing their platform on the city of San Francisco. Today, Yelp serves 219 cities around the globe, and it’s still growing.

The social aspect of Yelp is a big part of the reason why the platform caught on. Members are encouraged to share their thoughts freely, and those who write enough helpful reviews can earn the “Elite” distinction. Members can follow their favorite reviewers, comment on their friends’ activities, and arrange meet-ups in person. Yelp also increases the trust factor by encouraging people to use their real names, which cuts down on low-quality reviews and spam.

Yelp also had a little luck on their way to the top: they rode the mobile wave at just the right time. By emerging at the same time that smartphone use was becoming mainstream, Yelp became the go-to site for checking a business’ reviews while out and about.

Question-and-answer forum Quora has been around since 2009. Much of its growth has been recent: in 2016, the site had 100 million monthly users, and in 2017, that number jumped to 190 million. Like Yelp, Quora’s social and interactive format has helped fuel its impressive growth. But that’s not the only reason people are flocking to the platform.

First, Quora’s format is inherently optimized for search engines. Each thread starts with a question, and most questions happen to contain long-tail keywords. As other members write answers, each page gets filled with even more relevant keywords. When someone Googles those keywords, or even searches for the exact question in the thread’s title, it’s no surprise that Quora is often among the first search results.

Quora also keeps its community growing by incentivizing signups. If you click a link on the site and you’re not logged in, Quora blurs out the question and prompts you to create an account. Since communities grow more quickly and become more valuable the more members they have, this is a smart move to ensure Quora’s trajectory continues upwards.

Giving out free money is a foolproof way to get people’s attention, and that’s exactly what PayPal did in 2000. The company got its start by paying people to sign up and to refer their friends. Initially, they paid $20 for each signup and referral. As more people joined, they dropped the incentive to $10 and then to $5. By the time they retired the referral program, PayPal ended up taking a hit of about $60 million. But with its current market capitalization of over $60 billion, it’s safe to say PayPal’s strategy paid off – and then some.

Paypal built its network by paying people to sign up.

Growth hacking might be a new phrase, but it’s an old idea. Business success has always depended on finding creative ways to reach as many customers as possible. Now, since the internet has made acquiring customers faster and easier than ever before, many of the biggest companies in the game are also relatively new.

If you’re an aspiring growth hacker, it’s important to understand how other companies have achieved their success – but don’t get too caught up in trying to emulate others. There’s no formula for creating growth. Instead, focus on trying new things, and be ready to scale your business quickly if you need to. If you leverage what you do best, your business could be the next inspiring success story we hear about.