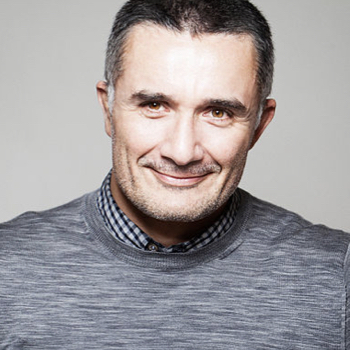 “Artificial Intelligence is just like water, sooner or later we all need to drink it or use it to set fires out.”

Francesco Rulli, Founder and CEO, has leveraged a life-long interest in entrepreneurship, media, fashion and technology. Previous enterprises include the John Malkovich fashion line, launched in 2001 in collaboration with the American actor, and Film Annex, an “online” film distribution company. Launched in 2004, the company promoted independent and foreign language films with revenues generated through a custom ad server and player. By 2011, the site hosted 300,000 independent films that reached up to 40 million viewers per month.

Francesco’s philanthropic efforts extend to Afghanistan, where he sponsored the construction of thirteen classrooms, providing 55,0000 young women with the tools and opportunities of “digital citizenship.” Indeed, this project led to the introduction of Bitcoin payments in 2013. Francesco has since cast his eye on Dubai, a flourishing city committed to becoming a leader in digital technology and artificial intelligence (AI).

In 2015, Francesco launched Querlo providing a robust environment for “conversational AI” and data performance analytics for tracking user preferences. Applying proprietary software, Francesco and his team developed and refined tools to improve interactions between customers and brands. Today, the chatbots employ computer algorithms that mimic the elaborate neural connections of the human brain, a revolutionary development that promises to unify the arts and sciences with technology, long the dream of an Italian-American born and raised in Florence.