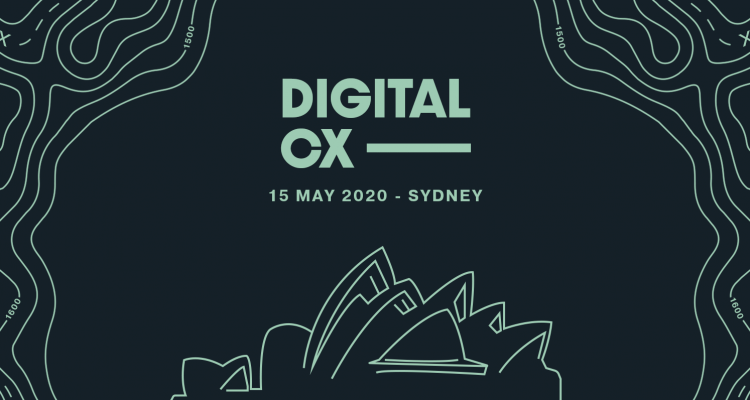 The Next Phase Of Commerce: Retailers Move Toward Experience

It might sound counterintuitive, but for retailers the days of a sell, sell, sell commerce strategy are so, so, so history.

Of course, growing the business is still the end goal, but the way to do it—surprise, surprise—now revolves around customer experience. A study by Gartner found that this year 81% of companies expect to be competing mostly or completely on the basis of CX. In retail, that means a strong emphasis on customer experience management (CXM) both online and in-store.

Below, we take a look at some of the biggest developments in commerce today. One notable commonality? They all point to a bigger trend of the customer-centric business transformation occurring in retail and other commerce-driven industries.

The Digitization Of The In-Store Experience

According to Sucharita Kodali, VP and principal analyst at Forrester, retailers can wow their customers with the most incredible in-store experiences, but first they must have the basics all set.

“If you don’t actually execute and have the right products quickly available to customers and make it easy for them to transact, it doesn’t matter how experiential your store is,” she told CMO by Adobe. “There is definitely a big opportunity to execute better in retail—especially in-store.”

With the fundamentals in place, there’s no better place to surprise and delight customers than in the brick-and-mortar retail space, agreed Peter Sheldon, senior director of strategy for Magento at Adobe.

“Retailers need to focus on removing all friction related to purchasing, and that doesn’t just mean online; it also applies to in-store,” Sheldon said. “The conventions of what can be sold online are being disrupted, which is also having an effect on people coming into stores.” Sheldon pointed to Houzz, which has a View in my Room functionality that lets people see an item in their space before purchasing—essentially removing the need to go into a store.

“Technology is making consumers more comfortable than ever skipping the physical store and instead buying items online that may have traditionally needed to be seen and felt,” Sheldon added. “The key is to find ways to add value to the in-store experience.”

Case in point: Walmart. The commerce giant has rolled out several digital initiatives over the years to help streamline the in-store experience for customers. From touchscreen kiosks for buying tires to allowing customers to use their mobile devices to scan products on Walmart shelves and check out quickly via “Walmart Pay,” the retailer is certainly redefining the in-store experience and what is possible.

Nike, too, has made big strides with more engaging customer experiences in stores. For example, the company’s flagship London shop provides a VR experience to help customers personalize the look and feel of their sneakers by choosing the colors and materials.

Indeed, the digitization of the in-store experience is blurring the lines between physical and digital, while also letting consumers shop on their own terms. One popular tactic—buy online/pick up in-store (BOPIS)—saw a record 65% increase in usage during the 2018 holiday shopping season (Nov. 1 to Dec. 31), according to Adobe Digital Insights (ADI). This spike signals that retailers are increasingly fulfilling consumer expectations for integrated cross-channel experiences, said ADI director Taylor Schreiner.

Tactics like BOPIS are attractive for retailers because they drive people to the physical store, Forrester’s Kodali says. This is the “biggest opportunity for retailers today,” she adds, since many of those in-store pickups result in shoppers adding something else to their orders.

Smart retailers can improve the chances of customers buying more by bringing out additional merchandise based on what consumers are coming in to pick up. “We thought you may like this” or “This is on sale or special today that you may like” are easy ways to increase sales, Kodali suggested.

Jeff Barrett, CEO of Status Creative, said he is fascinated by the business model for Amazon Go. He mentioned that this type of digital, cashier-less experience in stores is the way forward for low consideration purchases such as groceries, but there will always be instances where consumers want the expertise of a store associate.

In 2008, Internet trend-seeker Mary Meeker, a partner at Kleiner Perkins Caufield & Byers, made the bold prediction that mobile would overtake desktop usage by 2014. While she was right, missing from her prediction was the visit-to-conversion gap that would plague the mobile industry for years to come. And while conversion on mobile continues to grow, albeit slowly, it is nowhere near as high as mobile traffic to retail websites.

“It’s no secret that mobile usage is increasingly becoming more prominent across the globe,” Adobe’s Sheldon said. “However, the majority of sales still happen on desktop because the majority of mobile experiences are still subpar.”

In fact, Sheldon said, 40% of consumers still find it easier to shop on desktop than on mobile. But, he said, this will change as progressive web apps (PWAs) become increasingly important for e-commerce. Indeed, PWAs—a hybrid of a regular website and a mobile application—may finally mean substantial increases in conversion on mobile. PWAs enable faster transactions, leading to less cart abandonment and, ultimately, higher profit.

Still, retailers such as Ikea are demonstrating how mobile can help enhance the in-store experience. Its mobile companion app, which boasts scanning technology, wish list capability, and other useful features including in-store maps, go far in helping customers have the best possible in-store experience.

Mobile is being used in-store primarily for price comparison, checking product availability, and mapping where the product is within the store.

“I think there are some emerging use cases that will evolve mobile’s role as the in-store companion, like the ability to connect with a store associate via FaceTime,” Kodali said. “There are also opportunities to potentially locate items more easily in adjacent stores or nearby stores.”

In addition, retailers are paying closer attention to delivery and other “last-mile” customer experiences. For example, Target acquired same-day delivery platform Shipt back in 2017 to bolster its fulfillment capabilities and bring same-day delivery to shoppers across the country. Amazon’s Photo On Delivery service, which provides a photo to customers when their packages are delivered and left unattended, is another example of how companies are trying hard to impress customers post-purchase.

Or consider Wayfair’s return policy. Should a product arrive damaged and the damaged part can’t be replaced, Wayfair will send a carrier to pick up the item and send the customer a full replacement for free.

And that’s really what post-purchase nurturing is all about: It’s a long-term growth strategy that won’t just give you short-term success.

As companies increasingly compete on the experiences they provide customers, nurturing individuals post-purchase is going to be key, Barrett said. He cited Sweetwater, which sells musical instruments and professional audio equipment online, for focusing on relationships rather than the sale.

“They send you a little bag of candy just because, and while it’s a small gesture, it’s really effective at building on the relationship,” Barrett said. “It’s these kinds of things that bring people back. I think we’re heading down a path where it’s going to be harder to achieve loyalty, so you have to do these things that stand out.”

Emerging technologies, such as augmented reality and voice, to name a few, are completely redefining the retail customer experience. Case in point: Warby Parker uses augmented reality technology to let consumers virtually try on glasses from the comfort of home or on the go.

And while we’re still in the early days of voice, experts expect the technology to take off. By 2022, a majority–55%–of all U.S. households will have at least one smart speaker in their homes. According to research from Adobe, consumers are already using them to assist in the early stages of the shopping process. In fact, Adobe found that nearly half (47%) of smart speaker owners reported using one to initiate product search and research, 43% said they use them for creating shopping lists, and 32% do so for price comparison.

Kohls, an early mover in the space, launched voice search functionality within its mobile app to encourage spur-of-the-moment purchases. Additionally, Macy’s allows customers to use voice services to find store locations and hours, special store events, and information on its return policy and Star Rewards program.

Expect many more developments over the next 12 to 18 months, experts have said.

“Conversational commerce will become more mainstream as Alexa and other similar devices become more commonplace inside the average household,” Adobe’s Sheldon said. “These devices will also impact the way we buy. The real opportunity lies in combining voice technology with machine learning to make low-consideration purchases automatic, knowing what customers have bought and in what quantities, and replenishing based on that.”

According to Barrett, much of the technology that can help retail improve in-store experiences is already available. For example, RFID technology, which uses electromagnetic fields to automatically identify and track tags attached to objects, is a big opportunity for retail from a personalization standpoint, as it could potentially identify customers when they walk into a store.

“The problem is, we’re reticent to do it because we don’t want to encroach too much on the consumer,” he said. “But with a little consumer education, we have the ability to do a lot more and a lot better in physical retail.”

We live in the age of CX, where customers expect fluid, delightful, and useful experiences from the companies that they buy from.

“This is commerce 2.0,” Adobe’s Sheldon said. “It’s experiential, customer-first, and omnichannel. Retailers that ignore these demands from their customers will suffer, while those who heed the CX call will prosper.”