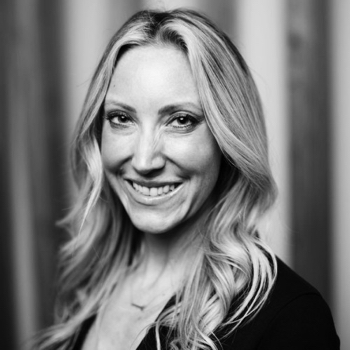 Stacey Crawford has fourteen years of project management experience in the entertainment industry and eleven years of producing experience across feature films, TV and new media (+220MM views). She is passionate about female driven and socially relevant stories, working with diverse and emerging talent, new technologies and content strategy.

Versed in content development and production (LP, UPM/union/non-union and international shoots), Stacey has led countless projects at all budget levels from ideation through launch. Her most recent credits include Impossible Science (Sony), a slate of content for George Takei at Russell Wilson content startup TraceMe and Stargate Origins for MGM — she also has a number of non-scripted and scripted TV and new media projects in development

Stacey previously launched and ran Original Branded Entertainment for Warner Bros. Telepictures Productions and spent several years as a talent manager for experts and personalities. She began her career as an internal consultant at The Walt Disney Company.

On the branded side she has worked with clients such as Airbnb, PepsiCo., Unilever, Morton Salt, Ticketmaster and Bain Capital owned Secrets, Now and Breathless Resorts.