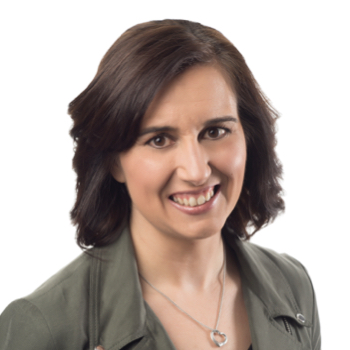 Terry Hurlbutt serves as Vice President and General Manager of Digital for “Good Morning America.” In this position she leads the No. 1 morning show’s rapid news and lifestyle-focused digital expansion, including content creation, distribution, opening of new revenue streams and identifying opportunities to expand audience reach.

In 2018 Hurlbutt led the launch of GMA’s new website, a newsletter and a robust, original slate of video franchises and features. From spotlights on first generation college students, including a special message from former first lady Michelle Obama, and women running for office in the 2018 midterm elections to stars offering advice to their younger selves in “Take It From Me,” Hurlbutt’s content and distribution strategy has grown GMA’s target audience by 70% in less than a year. Prior to this role, Hurlbutt was responsible for audience development strategies across the Disney | ABC Television Group’s brand portfolio, including ABC Entertainment, Freeform and Disney Channel, and led ABC News’ first audience development team. She instituted a data-driven focus on content and distribution decisions that impact news alerts, live-streaming, mobile-first programming best practices and new initiatives including Google AMP, Facebook Instant Articles and Facebook Live.

Hurlbutt joined ABC News from Google and YouTube, where she co-led North America partnerships for the launch of YouTube Kids, led the lifestyle vertical for the first wave of YouTube Originals, and managed strategy for media partnerships across Google. She is a graduate of Stanford University and received her MBA from UCLA.