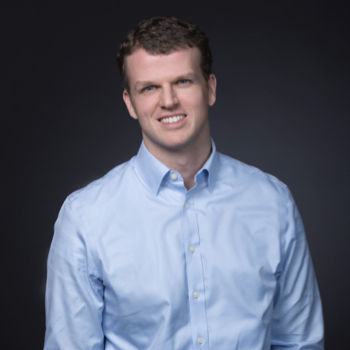 Alex Duncan is Vice President of Digital Strategy & Operations at NBC News. In this role he is responsible for helping to formulate the go-forward plan for NBC News’ digital properties (NBCNews.com, TODAY.com and MSNBC.com) along with newer initiatives (Stay Tuned and NBC Left Field) across all platforms, as well as drive day-to-day execution. He also oversees the unit’s analytics, audience development and partnerships teams, and has an added focus on monetization.

Prior to his current position, Alex worked in the NBCU ad sales division in a digital strategy role for the News Group and NBC Sports. Before NBCU he worked at Simulmedia, a TV advertising start-up, and at Hearst in business development roles. He began his media career at FOXNews.com as an editor-producer.

Alex has a B.A. from Bowdoin College and an M.B.A. from the Darden School of Business at the University of Virginia. He is an outdoors enthusiast at heart, when not in NYC he can generally be found fly-fishing.