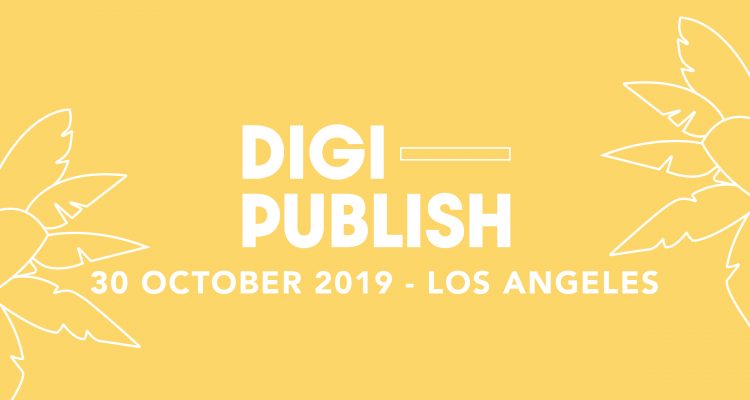 Digital Publishing: Now That Reddit is Welcoming Brands to its Platform, How Will Publishers Use It?

Reddit, the self-described “front page of the internet,” has been historically leery of brands and advertisers, which has quietly allowed its niche-friendly patchwork of content verticals (known as subreddits) to grow into the fourth most trafficked website in the U.S (with more time on site than even Facebook, according to Alexa).

This has left reporters and editors in newsrooms across the country in a particularly tricky spot. There are many subreddits (such as r/news and r/politics) that promote the trustworthy content produced by media companies on a daily basis. Along with that are pages for every state and major city, as well as countless niche sites that align well with the content typically produced by most newsrooms.

But Reddit, while offering the occasional spout of traffic on par with the Drudge Report, is a hard website for novices to navigate. For starters, every single one of those subreddits has its own moderation crew that can create their own rules and ban spammers who only share links to their own content. Then there’s the idea that Reddit is a traffic panacea, when in reality very few of the links shared on the website ever receive enough traction to make it to the homepage, where the platform can deliver substantial traffic to a story.

In recent months, the notoriously brand-shy website has done something out of character. It’s actually opened its doors—ever so slightly—to publishers and brands in order to make it easier to share content with its young, hip audience.

It’s part of a push headed by Alexandra Riccomini, Reddit’s first director of business development and media partnerships, to encourage publishers to interact with the platform more. It’s working with Boston NPR affiliate WBUR to produce the “Endless Thread” podcast, partnered with Time magazine and rolled out native video hosting for brands. Probably more interesting to media companies is the fact Reddit has unveiled new profile pages that let brands share their own content on the platform without the fear of having their website flagged and potentially banned.

At the forefront of this new era of publishing on Reddit (unsurprisingly) is the Washington Post, where social media editor Gene Park fills most of his day operating the newspaper’s official account. The way it works is Park decides which stories are a good fit for Reddit and shares links, either on various subreddits or on the newspaper’s official page, located at u/washingtonpost (which Reddit helped the Post acquire from a squatter). He also responds to requests from the Reddit community, fields complaints about links or stories and keeps his eyes open for fodder for a potential newsroom story.

“By far the number one question I receive is about ‘Democracy Dies in Dankness,’ and whether or not I know we have a typo there,” Park said of the moniker that’s located in the bio field on the Post’s Reddit page. It’s a play on “Democracy Dies in Darkness,” the newspaper’s main slogan, which it adopted in February 2017 following the election of President Trump.

In a little less than a year, Park has basically created his own subreddit of Post content that’s followed by more than 40,000 users, more than many of the 138,000 or so active communities on the platform. The Post’s popularity on Reddit basically falls somewhere between r/comicbookmovies and r/neckbeardstories, and it’s allowed several stories to garner enough traction to actually push them to the website’s homepage, which has only helped expose its user page to more users.

How was Park able set up such a nice cycle? Simple—he’s a fan of Reddit and put in the hours to understood the ebbs and flows of how the platform works. For starters, transparency has been key to the Post’s success. Parks is the sole voice running the newspapers’ Reddit profile, and his name is clearly listed in the page’s information section. And Parks knows Reddit well enough not to flood subreddits with content. Instead, he spends time cultivating relationships with the moderators and only posts a story when it feels 100 percent appropriate.

One way Park has found success promoting content in an engaging way is by adding links in the comments of relevant posts with a good deal of engagement. Park said he mostly targets existing Post content that was shared on the site organically to add context and relevant information, and it helps expose more readers to the Post’s official account.

“I try not to hijack too many threads,” Park said. “If I feel like I’m adding something important to that story or if it’s something that we’ve also reported on, then I would do that.”

It’s important to keep in mind that Park’s strategy isn’t based on maximizing traffic back to the Post’s website, and for good reason. Despite its tendency to drive a lot of readers to a single story, Reddit’s benefits to news publishers as a source of web traffic is unpredictable at best.

Parse.ly, an analytics company that measures web traffic for hundreds of top publishers, currently places referral traffic from Reddit outside of its top 10 over the course of the past year, coming in behind Instagram (where users can’t share direct links) and LinkedIn. A spokeswoman for Chartbeat, another popular analytics company, called the referral traffic Reddit delivers to its clients “fairly negligible” and is concentrated into a small number of stories that reach the website’s front page.

For Park and the Post, it’s more of an engagement play to position the media company as a trusted news source on a platform filled with young readers who have likely never read a newspaper in their life. Among its most engaging content are AMA’s (Ask Me Anything) featuring Post reporters taking questions from users.

“My original idea was to treat the Washington Post as if it were a creative that’s looking to push its content out and have people talk about its content,” Park said. “It’s all about engagement.”

At first, Park said he used to receive lots of messages from Reddit users asking about the Post brand account and wondering what it was doing posting its own content on the website. But now, users seem to be used to the Post’s presence, and even more important, appear to enjoy engaging with the content Park is sharing.

Of course, the Post isn’t the only media company engaging directly with the Reddit community. AL.com, the Texas Tribune and the Dallas Morning News (“Meme’ing and y’all’ing since 1885”) have all partnered with the platform, all with varying degrees of success.

“The fact that we’ve had success on Reddit and actually helped pave the for other news organizations…to start engaging with a notoriously anti-brand platform is significant,” Park said. “Just make sure you assign someone who knows the website well.”