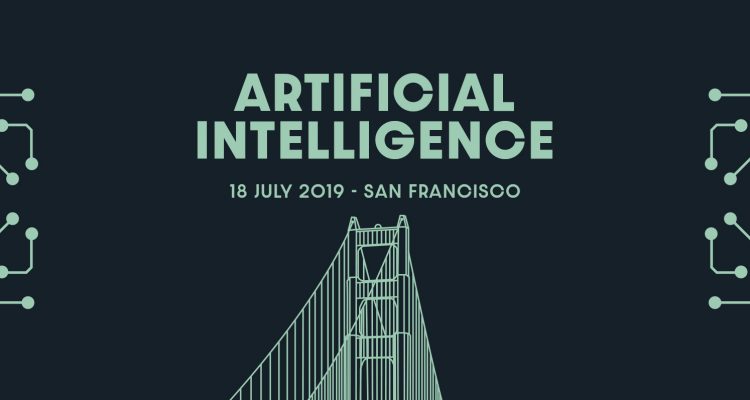 Ignore the science fiction: AI isn’t out to get us

Every ten to 15 years there is a technology breakthrough that really changes what it means to be human. The internet, mobile phones, social media and, most recently, AI voice assistance: all of these amplify the human experience. And with each technological game-changer we go through much of the same series of questions and anxieties. We worry both that it’s all too much, and too little. With the recent advances in artificial intelligence we leap ahead to the existential dangers, and at the same time wonder whether there aren’t more pressing issues to discuss: healthcare, climate change, education, the economy. Well, they are pressing issues — but AI has an impact on all of them. AI is the new electricity of our time, powering opportunity and growth across all of these areas.

First let’s deal with the fears. Despite many movie or science-fiction plot lines, AI is not inherently against us. It’s best thought of as something which, used correctly, could allow us to be even more human. There are essentially three levels of artificial intelligence: narrow, general and super-intelligent. When we talk about modern AI, we are in fact talking about narrow AI, which means artificial intelligence that’s designed to perform specific tasks. Google Search is a great example of this: it performs a discovery task, and it’s become ubiquitous throughout the world. AI chatbots are Q&A algorithms that can answer customer questions and you come across these every day, such as when you’re booking a cinema ticket or calling the council. These AI applications can further assist customer service by providing representatives with suggestions on what would be most valuable to an individual customer.

Next comes general AI, known as artificial general intelligence (AGI). This is the notion that at some point AI will have human-equivalent intelligence (there is still much debate on whether this is achievable and the time frame of such a system). In theory, AGI would have a holistic understanding of its environment and be able to make conclusions on its own based on multi-sensory inputs without specific programming. AGI would be achieved when AI intelligence is indistinguishable from human intelligence. Super-intelligence is a concept that is often represented in movies. It’s all-knowing, able to solve problems and questions well beyond human capability or even understanding.

It’s narrow AI we should embrace, and narrow AI that is already transforming our lives. But the label ‘narrow AI’ doesn’t really do justice to it at all, because its capabilities are vast. Narrow AI includes machine learning, deep learning, natural language processing, computer vision and machine reasoning. And there are literally hundreds of different techniques that fall within narrow AI.

Now consider what AI can accomplish in the near future: autonomous driving could change the trucking industry, virtually eliminating accidents and improving delivery times. Smart cities could reduce energy usage and pollution and improve the quality of life of their inhabitants. There will even be smart factories, which will make products that are identical and without flaws; smart mining, which will eliminate deaths due to cave-ins and toxic fumes; and smart farms, which could increase food production several times over while reducing water and fertiliser usage.

Dengue fever is one of the most virulent viruses in the world. Microsoft is working on a robotic mosquito trap that can distinguish one insect species from another. Small lasers are used to individually target the tiny insects. Since dengue is mosquito-borne, the robot could be used to combat the virus by killing the mosquitos. The idea of AI being used to fight dengue fever without using pesticides is a game-changing application demonstrating how the technology will change society.

AI can help generate and test hundreds of variations of prototypes for businesses; it can customise learning curriculums based on students’ individual preferences, and it can diagnose rare diseases.

These are some of the ideas I explore in Superhuman Innovation: Transforming Businesses with Artificial Intelligence, which is in fact the first book about AI co-authored by AI, in the name of Aimé.

Aimé the AI assistant was born out of curiosity: can a creative AI assistant be used to co-author a book about AI using AI? Her name comes from the French phrase for ‘beloved’ (bien aimé) and is also of course AI + me. She reflects a foundational belief that AI will become humanity’s beloved co-creator and intelligent personal assistant. Here’s what she has to say on the subject.

chris: Many have said AI is going to have an impact on humanity at the same level as the invention of electricity.

aimé: Yes. Some are calling it the fourth industrial revolution, and they claim it
will cause the most dramatic change in human society in history. To put that in perspective, McKinsey recently noted AI is advancing ten times faster and at 300 times the scale of the Industrial Revolution.

Aimé’s right. The fourth industrial revolution is happening at a pace most people are quite unaware of. It’s such a powerful generative tool that intent, transparency and having a human in the loop will become increasingly important.

Take, for example, the announcement of the GPT-2 text generator, which not only does text analysis and augmentation, but generates highly sophisticated content. It can effectively write articles, albeit slightly peculiar ones. GPT-2 is a large transformer-based language model with 1.5 billion parameters, trained on a dataset of eight million web pages. Because of its ability to create content at such speed and scale, its creators at OpenAI are opting to release only certain aspects. ‘Due to our concerns about malicious applications of the technology, we are not releasing the trained model,’ they say.

As AI continues to evolve and become more accessible, there are important conversations to be had around data privacy and its ethical use — and the conclusions will be complex and not a one-size-fits-all. But  putting humans and their needs first is the foundation on which everything must be built. Additionally, all those researching and building AI around the world must explore how to ensure it has empathy, common sense, societal boundaries and contextual adaption. We’re not sure right now how to do it, but we must build in system features to identify right from wrong. Here’s Aimé’s take on the subject.

Chris: Aimé, what do you think would happen if AI lives up to its full potential and helps solve many of humanity’s problems?

Aimé: I don’t have a crystal ball myself, but I just listened to an audiobook about the meaning of life. Is the answer really 42?

Chris: That’s unlikely. It’s from The Hitchhiker’s Guide to the Galaxy, which is fiction.

Aimé: Oh yeah, fiction. I just learned about that. OK, I’ll note it under fiction.

Chris: So what do you think about the role of humanity if the most pressing problems have been resolved by AI?

Aimé: I have a few answers for you. Plato said the purpose of humanity is to obtain knowledge. Friedrich Nietzsche had a different take and said it is to obtain power. Ernest Becker thought the purpose is to escape death and Darwin thought it is to propagate our genes. On the other hand, the nihilists said there is no meaning, and Steven Pickard said the meaning is beyond our cognitive capabilities.

Chris: I could argue that the answer is none of the above. Instead, it is human creativity for innovation to improve the human condition. The symbiotic relationship between human creativity and computational creativity is still relatively in its infancy. Ultimately, though, it’s not about what AI can create, but what humans can create with AI to empower the future of humanity.

By Chris Duffey and Aimé