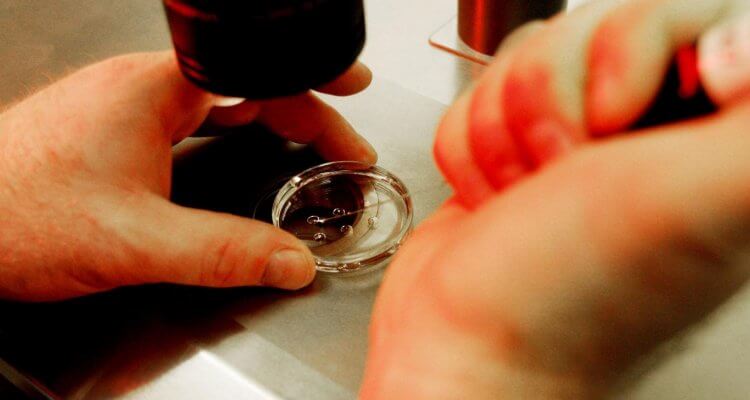 Scientists are using artificial intelligence (AI) to help predict which embryos will result in IVF success.

In a new study, AI was found to be more accurate than embryologists at pinpointing which embryos had the potential to result in the birth of a healthy baby.

Experts from Sao Paulo State University in Brazil have teamed up with Boston Place Clinic in London to develop the technology in collaboration with Dr Cristina Hickman, scientific adviser to the British Fertility Society.

They believe the inexpensive technique has the potential to transform care for patients and help women achieve pregnancy sooner.

During the process, AI was “trained” in what a good embryo looks like from a series of images.

AI is able to recognise and quantify 24 image characteristics of embryos that are invisible to the human eye.

These include the size of the embryo, texture of the image and biological characteristics such as the number and homogeneity of cells.

During the study, which used cattle embryos, 48 images were evaluated three times each by embryologists and by the AI system.

The embryologists could not agree on their findings across the three images, but AI led to complete agreement.

Stuart Lavery, director of the Boston Place Clinic, said the technology would not replace examining chromosomes in detail, which is thought to be a key factor in determining which embryos are “normal” or “abnormal”.

He said: “Looking at chromosomes does work, but it is expensive and it is invasive to the embryo.

“What we are looking for here is something that can be universal.

“Instead of a human looking at thousands of images, actually a piece of software looks at them and is capable of learning all the time.

“As we get data about which embryos produce a baby, that data will be fed back into the computer and the computer will learn.

“What we have found is that the technique is much more consistent than an embryologist, it is more reliable.

“It can also look for things that the human eye can’t see.

“Analysis of the embryo won’t improve the chances of that particular embryo, but it will help us pick the best one.

“We won’t waste time on treatments that won’t work, so the patient should get pregnant quicker.”

He said work was under way to look back at images from parents who had genetic screening and became pregnant. Applying AI to those images will help the computer learn, he said.

Mr Lavery added: “This is an innovative and exciting project combining state of the art embryology with new advances in computer modelling, all with the aim of selecting the best possible embryo for transfer to give all our patients the best possible chance of having a baby.

“Although further work is needed to optimise the technique, we hope that a system will be available shortly for use in a clinical setting.”